We are very happy to announce that David Kagle, Staff Attorney in the LawNY® Bath office recieved the Denison Ray Civil Award (Civil Legal Services Attorney) at the NYSBA Partnership Conference in September 2016.

We nominated Dave for his fearless housing advocacy on behalf of individual clients, as well as his ability to identify and craft creative strategies to address systemic housing problems. As one example, to address a glaring lack of due process in code enforcement procedures that resulted in our client losing her housing and most of her belongings, Dave filed a federal court action In Breon v. Perales, et. al, In addition to suing the municipality, the landlords, and the code enforcement officer, Dave also included the New York Secretary of State as a party for failing to properly train and supervise code enforcement officers. After a strong decision from Judge Telesca denying the defendants' motion to dismiss, Dave obtained a commitment from a partner at the law firm of Winston & Strawn in New York City to participate as pro bono counsel on the case. The case settled, with damages to our client, attorneys' fees to LawNY®, the village agreeing to change its local law to require due process in code enforcement actions, and the state making changes to regulations (the Property Maintenance Code) to make it clear that due process is required.

An award was also established and given posthumously to former staff paralegal Phil Dailey. His daughters accepted it on his behalf. Below is an excerpt from the New York State Bar Association regarding the award.

"An award was established in honor of the late Phil Dailey, who was a paralegal at LawNY® in Geneva, N.Y. The award, posthumously given to Dailey during the conference, was created to recognize the vital services of a non-attorney who demonstrates an excellence and dedication in service to legal service organizations in fulfilling their mission to provide all New Yorkers with equal access to justice."

Phillip Dailey was born in Penn Yan, New York on August 21, 1968. He served in the U.S. Army from 1992 to 1995. He served with the 7th Infantry Division, the 101 Airborne Division, and was stationed at Guantanamo Naval Base during Operation Safe Harbor. After his Honorable Discharge in 1995, Phil obtained an A.A.S. degree from Finger Lakes Community College in 1997 and a Bachelor of Arts degree in Political Science from Hobart College in 2000.

Phil had an unparalleled commitment to the rule of law and the concept of equal justice under the law. He dedicated his career to the notion that the law must be applied uniformly to all people, regardless of their circumstances or their station in life. He served in a rural part of New York State, where local agencies and judges knew the background and family history of the people that they judged on a day to day basis. Phil held these folks accountable for the biases that they exhibited toward his clients, and forced them to follow the letter of the law. He exhibited a photographic memory and encyclopedic knowledge of the rules and regulations that applied to public assistance benefits, veterans benefits, subsidized housing, and landlord-tenant law.

LawNY® launched a veterans’ hotline in February 2012. The hotline was Phil's brainchild, and until recently he ran it almost single-handedly. The hotline was initially intended to provide legal information and referral to veterans and their families in a 5 county area surrounding Geneva, NY. Word of the hotline spread quickly through the veteran community, and we were soon getting calls from across New York State and beyond. The hotline handled 581 calls in 2015.

For several years, Phil was a valuable member of the LawHelpNY team. He was largely responsible for organizing, reviewing and adding to the Veterans and Military topic area on the LawHelpNY website, and he was a leader on the team of legal services attorneys that developed the interactive forms that help a person in need request and then win a Fair Hearing if they lost or were denied public benefits. 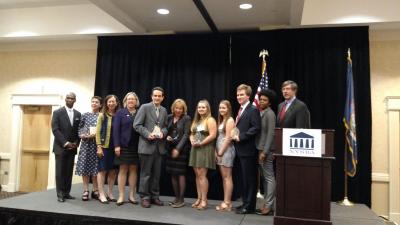